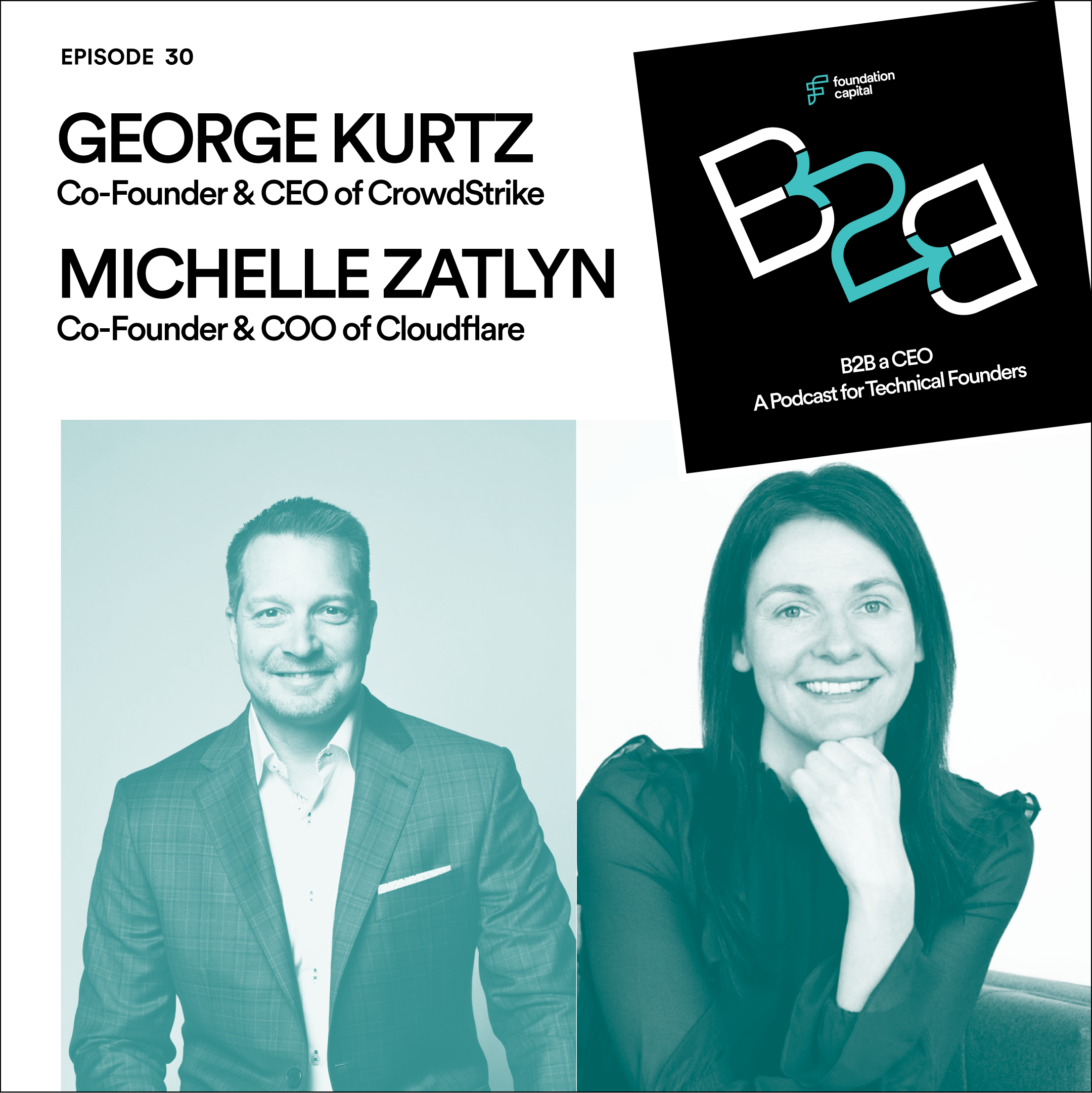 How to Go From Idea to IPO

In this session from our FC BUILD conference, Ashu interviews two billion-dollar founders. When it comes to scaling management, engineering culture, and anticipating future markets, Cloudflare COO Michelle Zatlyn and CrowdStrike CEO George Kurtz are the ones to ask. Each shares a bit about their respective company’s journeys — plus, George explains how a company is like a race car!

Ashu spoke to Michelle Zatlyn and George Kurtz, a pair of founders who have mastered the art of scaling. During this panel from our FC BUILD conference, the three discuss the best ways to cultivate a strong culture while growing from the ground up.

About Michelle Zatlyn – If there is such a thing as the “universal dream” for an entrepreneur, it’s this: win a business competition at Harvard Business School, raise VC money (in 2008, no less!), see your company through an over 20-plus-billion-dollar valuation and an IPO, while remaining COO. Michelle reflects on what her team did right. Her advice:

About George Kurtz – A two-time founder/CEO plus former CTO of McAfee — George Kurtz knows a few things about scaling and company leadership. When asked about the secret behind his leadership style, he points to people and culture.

Company culture is like a racecar. As George puts it, if a car’s gearbox is rattling, it won’t fix itself — as with vehicles, you need to be intentional about building and maintaining culture. Ashu presses Michelle and George on the ways in which they oversee and reinforce their companies’ cultures.